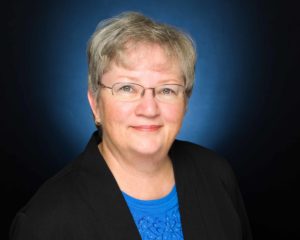 In 1991, Ms. Pusch established CAS Corporate Administration Services Inc. (currently CAS Corporate Governance Services Inc.) to provide corporate governance and administration services in a variety of areas, tailored to individual clients’ needs.  Since that time CAS has provided corporate consulting services to a number of private and public companies.  She was a Director of the Canadian Institute of Investor Relations, Alberta Chapter from 1995 – 1998, and Director and past Chair of Junior Achievement of Southern Alberta.

Ms. Pusch graduated from Prince Albert Business College with a Diploma (Hons) in 1969; in 1978 she received a Business Administration Diploma (Hons) and a Marketing Diploma from the Southern Alberta Institute of Technology.

From 1969 to 1974, Ms. Pusch was employed in an administrative capacity with the Tax Department, City of Prince Albert; Department of Social Services, Province of Manitoba; and Urbandale Realty Corporation in Ontario.  From 1974 to 1990, she was employed by Canadian Foremost Ltd., a TSE listed company, in a number of administration positions including Corporate Secretary.  From 1989 to 1991, a joint venture company, Hagglunds Foremost Inc., employed Ms. Pusch as Vice President Administration and Secretary.  During her tenure with Canadian Foremost, Ms. Pusch acquired extensive domestic and international administration expertise.